Exciting news! The first book in my new series set in the village of Oak Park, Illinois during Prohibition, has been enthusiastically accepted by my publisher, Severn House. The title is Murder in the Park, and it will be available in England in late December, and in America in March of 2022. The series will be titled "Oak Park Village Mysteries," with the second book to come in about 18 months.

Meanwhile I’ve begun work on the next adventure for Dorothy Martin and her friends. This one will take place in Sherebury, her home, and will involve most of the friends and neighbours she has come to love, as I hope you have. There will be one important new character as well—but no more hints just yet! 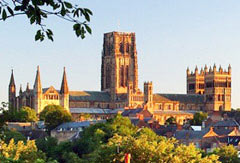 The book I mentioned in my last update, set in British Columbia, came out in 2019, titled Death in the Garden City. It was followed in 2020 by Death Comes to Durham, set in the first of the English cities I visited in April of 2019. I found Durham a perfectly delightful city, home of the oldest cathedral in England, finished circa 1113 and unaltered since, save for the usual repairs. It's constructed in Norman style, which I thought I didn't care for until I saw Durham and fell in love with it.

The castle, adjacent to the cathedral and built at the same time, was meant to serve as the residence of the Bishop of Durham, and did so for many hundreds of years. It is now owned by the University of Durham and used as student housing, and I was lucky enough to stay there while in the city. It's not every day one gets to lodge in a 12th century castle. Modernized, of course, and quite a lot more comfortable than it ever was for those bishops, I suspect. The story concerns a murder in a nursing home and deals to some extent with the tragedy of dementia. 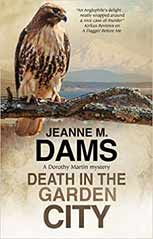 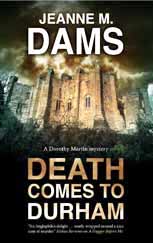 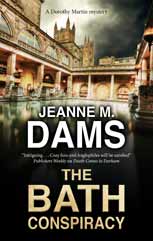 Then last June I finished the next book in the Dorothy Martin series, set in Bath and entitled The Bath Conspiracy. As one might expect, it revolves around the Roman Baths and nearby Stonehenge, and involves a delightful young man who, despite severe mental handicaps, comes up with the critical clue to solve the mysteries. I'm not sure when that one will be out, especially given the fact that COVID-19 has temporarily closed many printing plants.

For my new series, the "Oak Park Village Mysteries," I chose the Chicago area during Prohibition as its setting—not Chicago itself, but the village of Oak Park, some eight miles to the west. 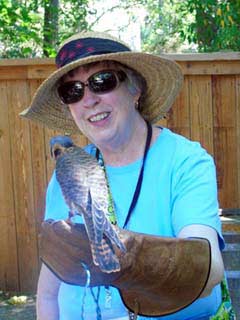 Now a delightful little city, Oak Park in the Twenties was quite different: wealthy, extremely conservative, not at all welcoming of new ideas or of new residents who weren't exactly like the old ones—that is, white, Protestant, and American-born. They were especially intolerant of Italians and Catholics. The village had been "dry" since the 1870s, so the Volstead Act had little effect on Oak Park except to increase the number of bootleggers and speakeasies on their very borders. Ernest Hemingway, a resident of Oak Park, is said to have described it as "a land of broad lawns and narrow minds." A women's chapter of the Ku Klux Klan found Oak Park, for the most part, fertile ground for their opinions.

And eight miles away was a huge city, home to people of every possible nationality and religion, and run by an Italian Catholic bootlegger and gangster, Al Capone. Can we imagine some possible conflicts?

I'm well started on the first book in that series (no title as yet). I'll turn it in at the end of May 2021 and then begin work on the next Dorothy Martin. My plan is to alternate books for a while: one Oak Park followed by one Dorothy, etc.

Finally, I hope that you, my beloved readers, have been weathering the pandemic without too much discomfort or disruption of your lives. Perhaps you've found more time for reading—I hope so! My watchword for the past months has been the same as yours, I suspect—"This, too, shall pass." And it will, and we'll be stronger for it.

I like to call my books "cheerful mysteries." For despite all signs to the contrary, I continue to believe the world is a good place and most of her people are trying to do their best. So my books reflect that philosophy and I hope this site does, too.